Bringing Shark Week and Glass Entertainment to the App Store

Players can take a bite out of the app store with this action-packed game from Graphite Lab and partners: Glass Entertainment, Discovery Communications and PlayDate Digital! Shark Week Presents: Shark Strike is all about putting you in control of the fearsome predators of the open water. Control up to 5 sharks as they battle through 3 different environments to rescue their captured shark pups from some villainous orcas.

“These shark pups are coming with us”
-The Orcas 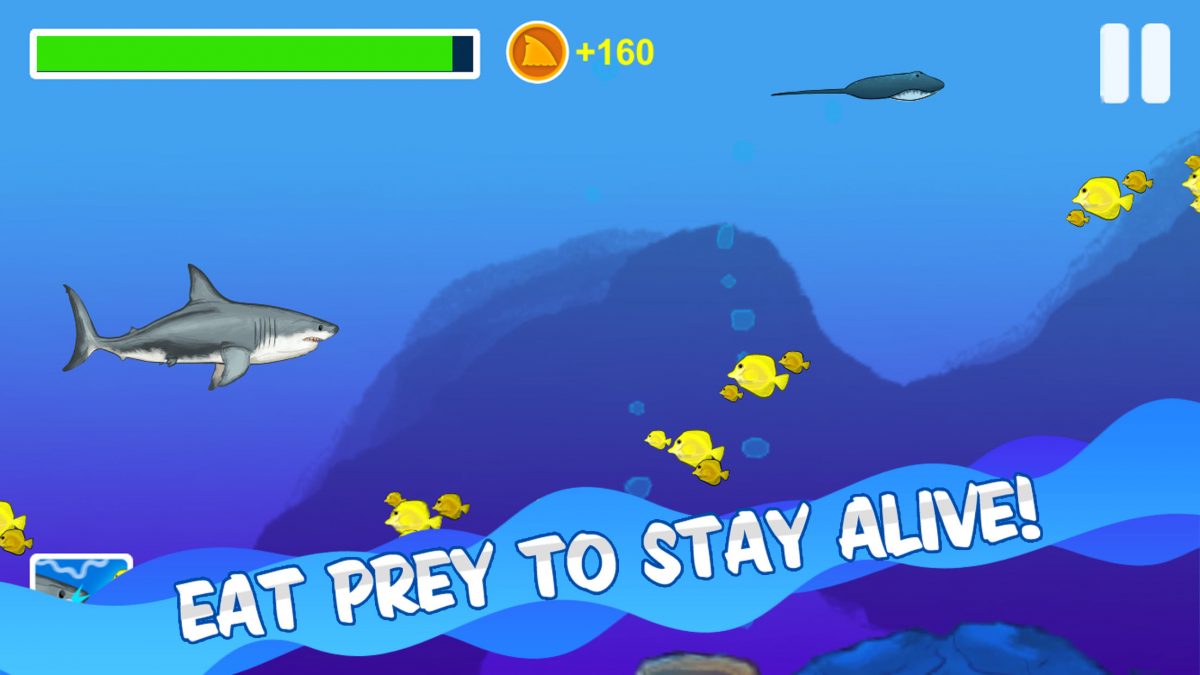 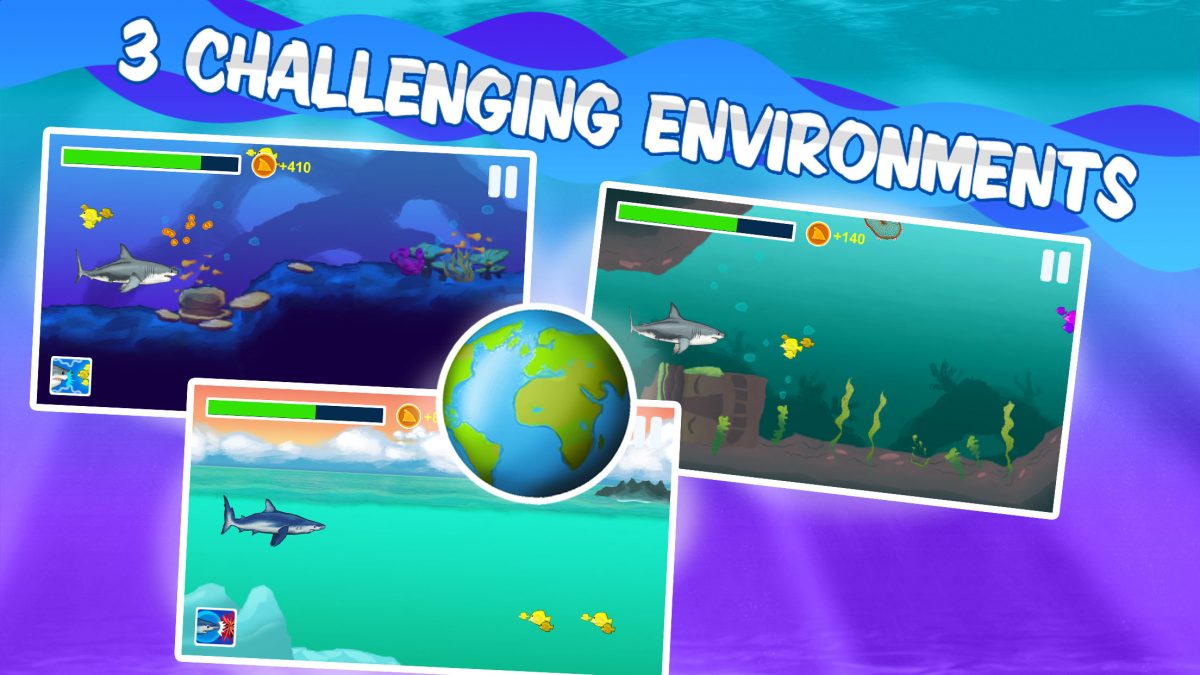 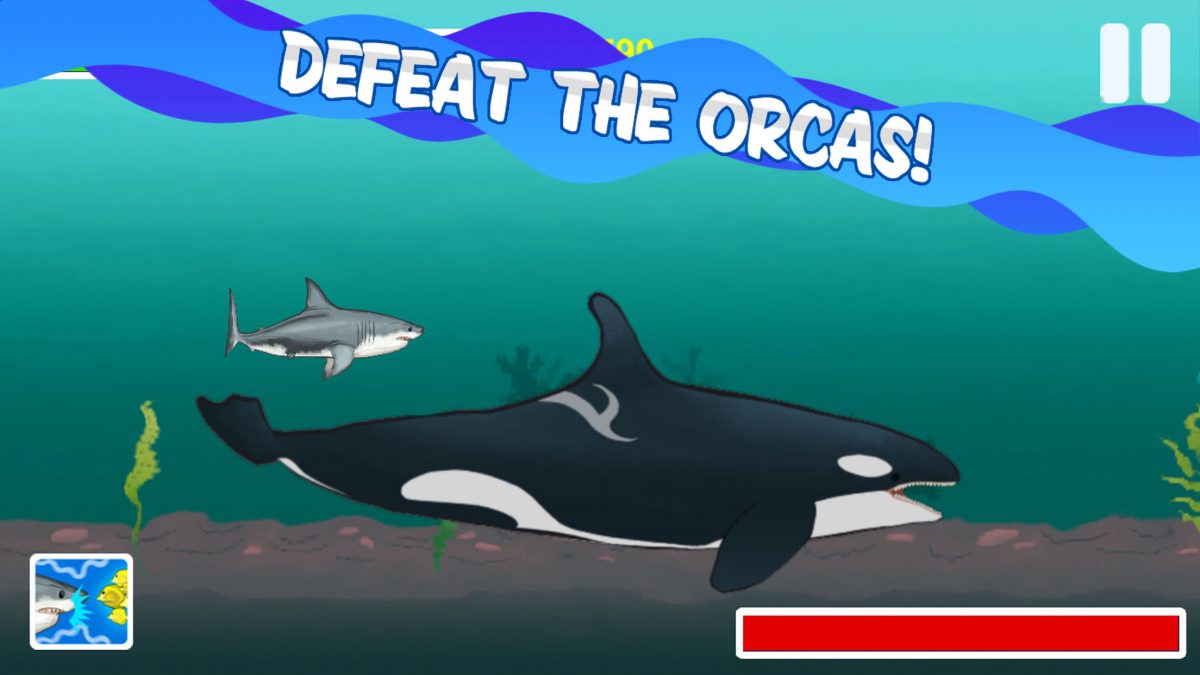 We first began talks with PlayDate Digital in late 2016 about the prospect of bringing some of Discovery’s great hit shows to the app store. Discovery has a long record of bringing great entertainment content to their channel but less experience with the App Store. Given our background in game development we were naturally excited to share out ideas with their team.

With Glass Entertainment as the first licensing partner in the collaboration, our team at Graphite Lab began working on concepts for a Shark Week app for a mass market audience. Given that there are other shark apps on the store, we wanted to create something that set us apart from the existing titles and offered a fresh experience.

Initially, we discussed a “fish bowl” concept which would allow players to swim around an open arena with the goal to munch as many prey as they could within a time limit. With some further brainstorming we evolved the idea into something that felt a bit more action packed. We decided on a side-scrolling runner model because it felt connected to the breathing process sharks perform while swimming quickly. We iterated on many different designs for the inputs, interfaces and features themselves. After weeks of testing and revising we started to hone in on gameplay mechanics and play patterns for the app.

One of the core mechanics of Shark Strike is the player’s ability to swipe on the screen to change lanes for their shark. Our intention was to make this swiping mechanic follow some simple patterns so players would get into a “rhythm” when moving through the water. Players will begin to notice that ideal paths through the waters are typically found using repeatable patterns. As players discover these patterns they will begin to learn how best to survive in the deep.

We wanted to take things a step further and create a loose story which would guide the player through their play with some urgency. Collaborating with our partners, we developed a storyline about orcas which kidnap some shark pups. Discovery came prepared with talented artists who helped contribute some wonderful panoramas which we used to establish this story at the start of the game.

Laying out screens in advance allowed our team to plan the player’s path and manage production more carefully. 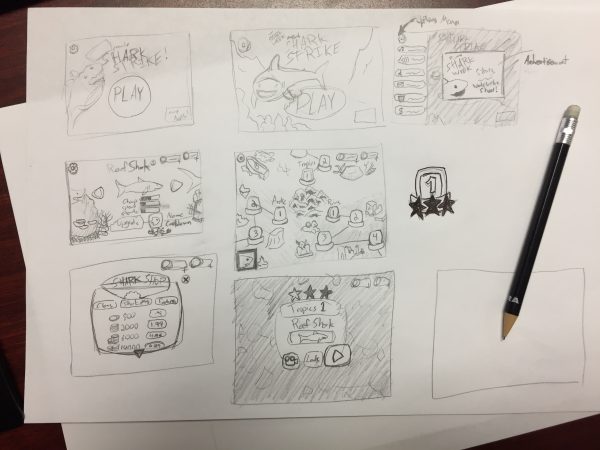 We also planned level layouts, too.

We used different swipe rhythms to determine where to place prey and obstacles. Our goal was for players to swipe with more natural rhythms. 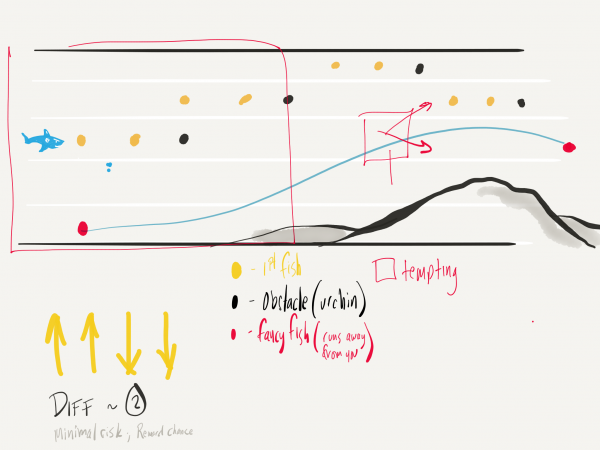 Our early prototypes at Graphite Lab rarely look like true prototypes. We take time to establish some of the look and feel even with the very first playable version. Our prototype had a fairly polished reef shark playable along with some simple level art. Over time, we developed the sharks visually from a more simplistic style to a more realistic one.

As for the environments we worked to capture more of the depth and atmosphere with each revision. We added more foreground details to each locale as well as visual effects to create water-like distortions over all the graphics.

We knew the fun factor of the game would depend on how satisfying it was to control the sharks in the water. Since our game was a runner, the shark would always be swimming forward but would have to do other motions (while swimming) such as biting and taking damage.

The sharks themselves started as 2D images which we’d planned to animate frame by frame. Realizing this would be limiting in the long run, we later developed some animation rigs in 3DS Max to give our artists more control over how the sharks swim and act. Each of the sharks needed to be able to swim, take damage, bite and change lanes (swim up or down). By animating these using a 3D rig we could build the animation once and apply it to multiple sharks to get them all behaving in the same way. Then we provided small tweaks to each one creating some variety between the different sharks.

We wanted to test inputs and movement speed very early on. Our first prototype had only one shark playable in a single level. 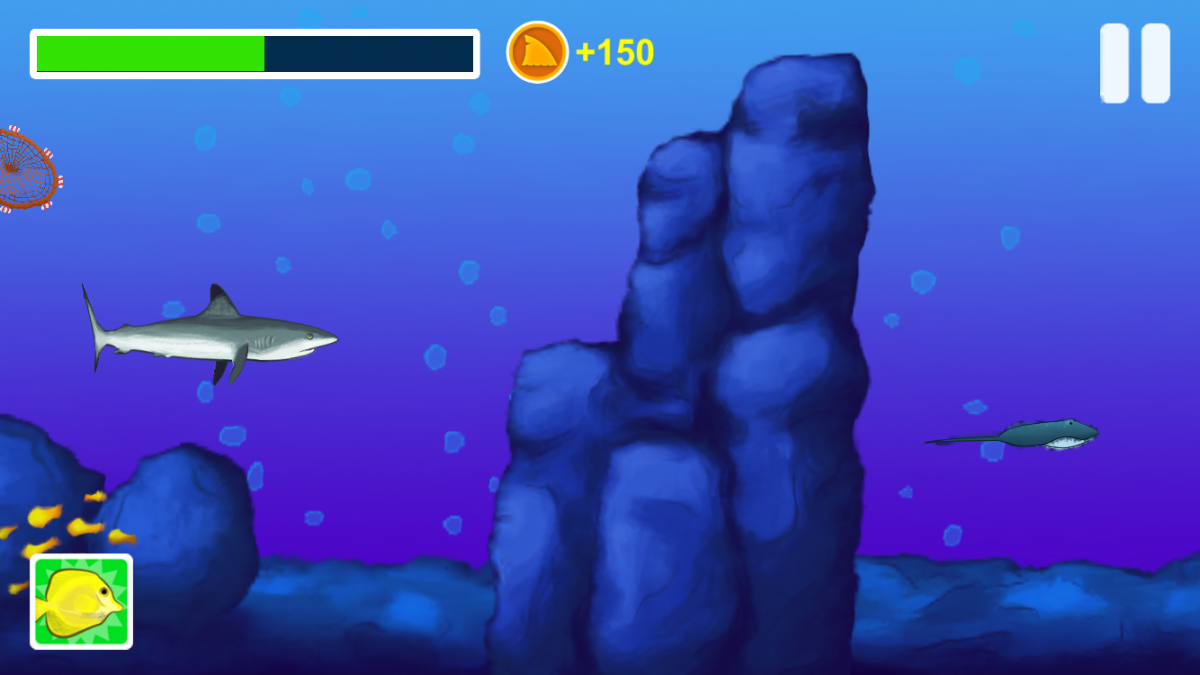 We first developed our shark assets using sprite animation, but later leveraged 3D rigs to give more lifelike movement to the creatures. 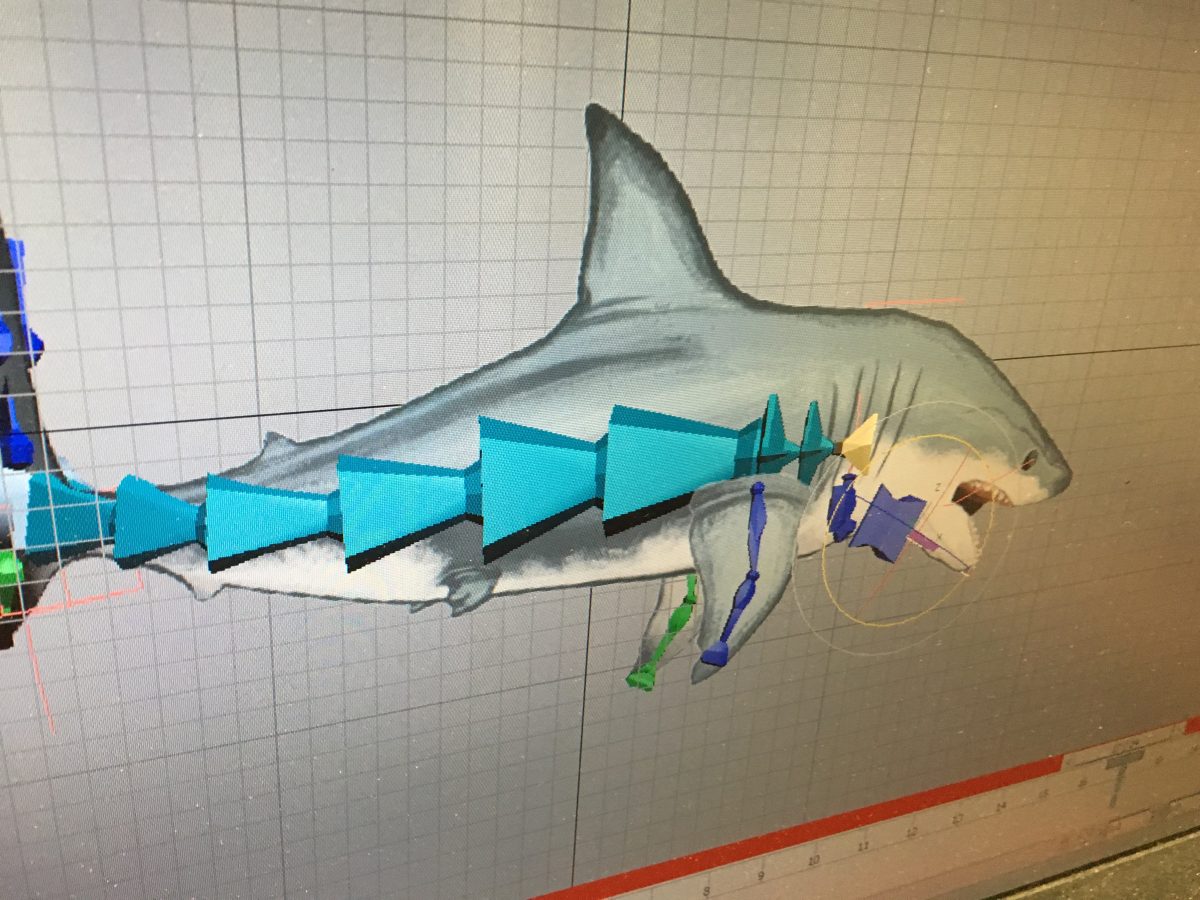 Share what you will and we’ll get back with you soon! Thanks for reaching out!
650 Maryville University Dr
St. Louis, MO 63141
314.735.4134
info@graphitelab.com
www.graphitelab.com