We’ve got a lot of good news in this update, and some bad news. Mostly good though, so I hope you’ll bear with us as we deliver it all. In this month’s update:

Delays suck. We hate to hear of them and hate being the bearer of them even more.Unfortunately, Hive Jump’s release is delayed past Quarter 1 of this year. The cause of the delay is simply because the game isn’t as far along as we had hoped when we announced that date.

We knew the large scope of the game would be challenging to execute on and that is why we listed that up front in our risks and challenges section of the Kickstarter page. We’ve continued to invest in this game well beyond our Kickstarter budget because we believe in the game and we want to deliver the best possible version of this game to you our beloved backers. But developing a game after the budget is exceeded slows things down considerably.

We’ve explored other options – publishers, 3rd party funding, and other options to move this game forward more quickly, but the current situation is that we need to continue to self-fund. This means continuing our balance of client work alongside Hive Jump development. (That’s what allows us to keep going beyond the initial Kickstarter funds.)

The good news is, based on our assessment of how much work there is left to do in the game, and how much work we’ve put in on average over the last two years, Hive Jump will launch in 2016! We hope to provide you with a more solid release window in the next update or two tops.

Thank you for bearing with us through the ups and downs of this development lifecycle. As far as Kickstarter communities go, you jumpers are the best! You’ve been very patient and understanding with us so far, and we appreciate it deeply.

Vadim (@yellowafterlife) joined up with the Hive Jump crew just this last December to support the online multiplayer portion of the game. You’ll find Vadim sharing what he knows about code, tools, and game development at http://yellowafterlife.tumblr.com/

Vadim has been kicking ass and our last update showed the first stages of that networked connectivity. Now, a month later and we’re ever closer to getting all sync issues sorted and all systems functioning perfectly. We ran through the first level of a hive just last weekend, and it was glorious (if not totally bug-free yet).

FatBard (@fat_bard) is on board for super sexy swingin’ sound effects! While quietly connected to the game for a long time, fellow St. Louis resident Patrick will be making delicious new sound effects for the game! We’re stoked to have him on board to help make the hives sound better than ever! Find FatBard online at http://www.fatbardmusic.com/

Based on what we’ve seen demoing Hive Jump at PAX and other gaming conventions, we know that some of the controls and mechanics can take about 10-15 minutes to get used to. “Wait, Jump isn’t A?” is probably the thing we hear most frequently. Well, be confused no more!

Now, Hive Jump has a tutorial that explains all the controls and other general information about jumping hives and keeping the backpack alive! Every game needs a good tutorial, and now Hive Jump has one!

We’ve also added input prompts for certain actions in the game like entering doors, navigating UI, and picking up the backpack, these prompts will display the proper button or key depending on each user’s device! Pretty snazzy right?

Relic Bonuses and The Run

Replayability is a huge part of Hive Jump’s game design. Procedurally generated levels, dynamic AI, and co-op multiplayer all contribute greatly to this aspect of the game. However, something was missing. That thing was the concept of “The Run.”

You’ve definitely heard someone say “THIS IS TEH URN” it Twitch chat before, maybe during speedrunning, or watching someone play games like Spelunky or Nuclear Throne. Well, the concept of “The Run” basically breaks down to modifiers that make one run-through of a game different than another.

For Hive Jump, this means introducing slight bonuses when you collect a Relic. Relic hunting was already a risk/reward proposition, offering large quantities of goo if you can navigate the platforming challenge successfully. But by adding bonuses to relics, players can now get upgrades that only last for that run, and can stack up to 4x for some pretty dramatic results! Results that will have you saying… “THIS IS THE RUN!”

For us, adding relic bonuses was a fast feature that should add a lot of longevity to the game by helping each run feel that much more different from the last. Bonuses range from faster movement to knockback immunity to overheat reduction and much more! We think y’all will really like it.

We’ve started work on a new boss. We don’t want to spoil it for you, but here’s what we can share about the Harvester. This boss is 2x-3x bigger than the Crusher. He’s technically part of the worker caste in hive society, but don’t let that fool you…

As you can see. This big boy is going to be plenty dangerous. We can’t wait to pit teams of jumpers against him. It’s going to get messy!

Hive Jump has been showing up in some fun places over the past month or so! 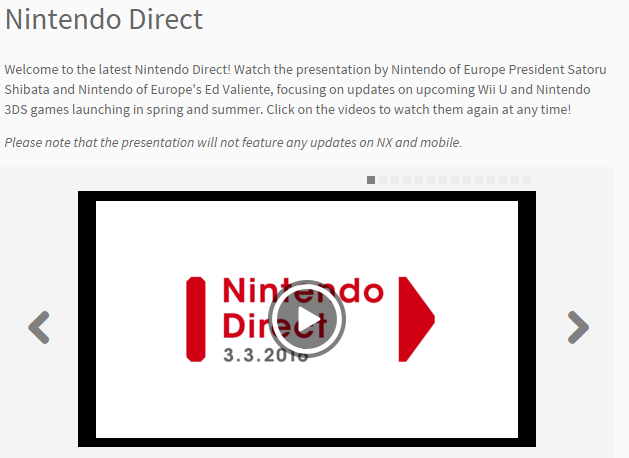 We also appeared on Ryan Clark’s Twitch stream… THE CLARK TANK! Ryan Clark is the game designer behind Crypt of the Necrodancer, and our very own game designer Matt Donatelli joined Ryan on his stream to preview Hive Jump and get some advice from an indie legend! 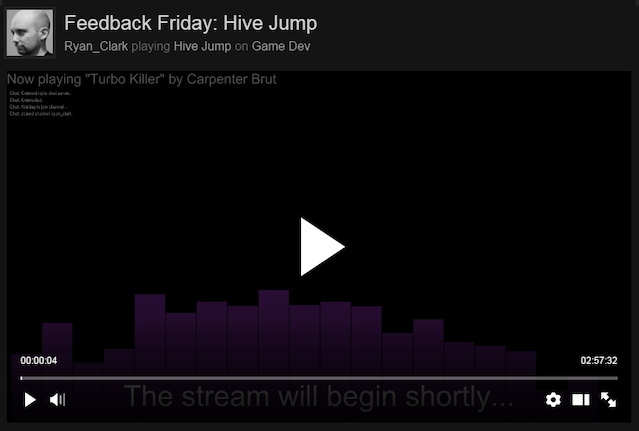