My Little Pony: The Engine that Drives the Game

When we started work on the My Little Pony storybook we’d first considered using Unity 3D as the game engine. We were in concurrent development on another Hasbro app at the time (Play-Doh Create ABCs) and believed working on both projects in the same engine would increase the speed of our technical learning and create efficiencies when implementing features that would apply to both products (like Flurry Analytics). 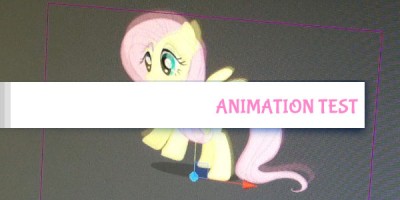 As we worked through the first few pages of the book, we noticed more and more that we would be facing some pretty serious limitations in regards to how the 2D assets could be manipulated in Unity. Additionally, we started to see our development pipeline slow down due to the fact that we had to convert all of the source files from Flash into individual parts, only to be reanimated again in Unity. At the time Unity had no native support for a true 2D pipeline. (Ironically, their 2D tool chain was launched the same day as this post.). That said, most of our animations were animated in more of a side view, puppet joints style; as shown in the animation test below.

We continued to develop the first few pages completely in this way, so we could share a demo with Hasbro to get their feedback. While they were very happy to see progress and understood the approach we’d been taking to complete the animations – we knew we could do better. So, we set out to find a solution that would speed up production time, but also allow us to take better advantage of the source animations from the show. All three seasons of My Little Pony are beautifully animated in Adobe Flash – so we wanted to find a solution that would allow us to use those source assets in the best way possible.

After reviewing several other options we settled on Scaleform Mobile from Autodesk. Scaleform Mobile enables developers to leverage the power of the Adobe Flash tool set to create animations, interfaces and even full game experiences on mobile devices. Used in over 1000 titles across all major platforms ranging from AAA titles to casual games, Scaleform provides a streamlined solution to create hardware-accelerated 3D game menus, HUDs, animated textures, in-game videos and mini-games. Several members of our team had used Scaleform in 2009-2010 to handle UI on our Ben 10 project (Ben 10 Alien Force: The Rise of Hex, WiiWare, XBOX360), so we were familiar with its strengths and curious to see what weaknesses it overcame in the time since we last used the middle-ware.

As we evaluated My Little Pony for integration with Scaleform, our first concern was that the source assets are optimized for show quality. Once they were converted to polygons we knew they would be very heavy and that some optimization would need to occur… but how much would be needed? Could we achieve the same volume of animation in Scaleform as we’d planned with the Unity solution? We began another quick animation demo to see what limits we would need to place on poly counts and draw calls in order to reach the performance thresholds that the fans deserved.

Our first tests were playable, but slow. Nearly all parts of the show assets needed to be simplified in order to get the best performance out of our target devices (iPad2 and newer) Using a Nexus 7 as the testing constant, our artists took steps to reduce gradients, reduce background poly density, and optimize details like the outlines around each pony, in order to get the best possible frame rates while preserving animation quality. 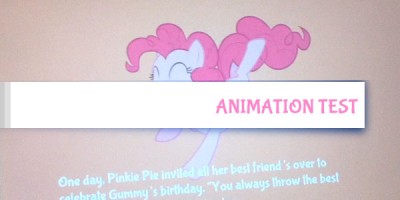 With each pass we saw performance improve, and after a few weeks we felt it was time to share with Hasbro. The results were very encouraging – they instantly recognized the increase in brand quality. The animations were livelier, the scenes were more crisp thanks to the vector rendering and the file size was outstanding at a lean 28MB.

Scaleform Mobile SDK allowed us to use the source files from the My Little Pony TV show to achieve the most authentic animations possible on a mobile device while keeping filesize low and frame rates high.

The rest of our production timeline was spent optimizing the scenes even further to reach even better performance on older devices such as the iPad 1, adding sound and music (and lots of Pony VO!), and wrapping up general production quality passes.

Want to see the best looking My Little Pony Animation on a mobile device? Take a look for yourself:

BUY MY LITTLE PONY PARTY OF ONE NOW

Available for iPad and iPhone !

With our production well underway, our clients stoked to see some awesome animation and our launch date of 9/21 just weeks away, we shifted to marketing mode to ensure we were ready to spread pony power to the ends of the earth…

Check back next week when we share more about the launch of My Little Pony: Party of One.

Previous Post: My Little Pony: A Partnership with PlayDate Digital